From East to West and North to South, Besl and Baden are your local Cincinnati Real Estate Experts

The rich, scenic qualities of downtown Cincinnati have turned this community into an ideal location for people of all ages and lifestyles. There’s an abundance of homes to choose from: Liberty Hill offers well-preserved one and two-family brick units with stately windows offering dramatic views of the cityscapes. Over-the-Rhine features restored turn-of-the century Italianate buildings as well as new structures with condominiums and homes in all price ranges. The central business district has many urban condos in all price ranges and styles.

Located in the northern portion of downtown is Over-the-Rhine with 362 acres of Italianate and German Revival buildings. These turn-of-the-century buildings and wonderful period architecture make this neighborhood a great place to live. Much restoration has been done in the area, with opportunities still available. Homes are available in all price ranges.

Innovative touches along the city’s riverfront give drama and importance to the downtown atmosphere. With residential development including luxurious condominiums and apartments, the exciting rebirth of this area makes it a good choice for anyone interested in urban living. Smale Riverfront Park, Yeatman’s Cove and Sawyer’s Point host many festivals and concerts throughout the year along the Ohio River. The nearby Banks area features many restaurants and pubs to frequent.

From East to West and North to South in Downtown Cincinnati, one can see the signs of the resurging downtown housing market. On the eastern side of downtown you will find wonderfully restored homes as well as the new construction of the Pendleton Mews, a redevelopment effort to infill with new homes where time has taken others away. Located along Pendleton St. and Spring Street, these homes are within walking distance to work, the Main Street Entertainment District and the Pendleton Arts Center.

On the northern hillside overlooking historic Over-the-Rhine are Liberty Hill and Prospect Hill. With its incredible views and old world charm, the area is perfectly suited for professionals as well as empty nesters.

In the western end of downtown you will find the Betts-Longworth District, an area restored with new homes integrated with the existing historic architecture. Another area to the west is St. Ann’s Commons, an area of new homes and townhomes that replaces unused surface parking.

With all of the new developments downtown, urban living has never been more exciting.

Several hospitals are located in the Clifton/Corryville area, which forms the northern border of the downtown area including Good Samaritan Hospital, The Christ Hospital, Cincinnati Children’s Hospital Medical Center and the University of Cincinnati Medical Center.

Over-the-Rhine is home to historic Findlay Market, a marketplace where vendors have sold fruits, vegetables, meats, cheese and breads for close to a century. Many downtown residents as well as people from all over Cincinnati enjoy the atmosphere of a true marketplace. Over-the-Rhine features many local shops from clothing to art to furniture to antiques or gifts shops. This retail district has been named as a “Cool Street”. SAKS Fifth Avenue is located towards the heart of downtown Cincinnati. For those seeking a traditional mall, it is a short 20-minute drive north along I-71 to the Kenwood Towne Center which offers hundreds of stores on two levels with Nordstrom and Macy’s serving as anchors.

The Cincinnati Reds and the Cincinnati Bengals call downtown Cincinnati home. The city is also home to the FC Cincinnati United Soccer League club (which plays at their Westend TQL stadium) as well as the Cincinnati Cyclones ice hockey team. The Banks along the Ohio River is a popular area for young and old. Enjoy a meal, a drink at a pub or take a stroll along the Smale Riverfront Park all while enjoying the river views. There are many activities happening at the Fountain Square near the Central Business District. Concerts and other fun events are on the books throughout the year. In addition, many of Cincinnati’s yearly festivals are hosted downtown. Enjoy Oktoberfest Zinzinnati, the Taste of Cincinnati, Riverfest and the Bunbury Music Festival, to name a few. 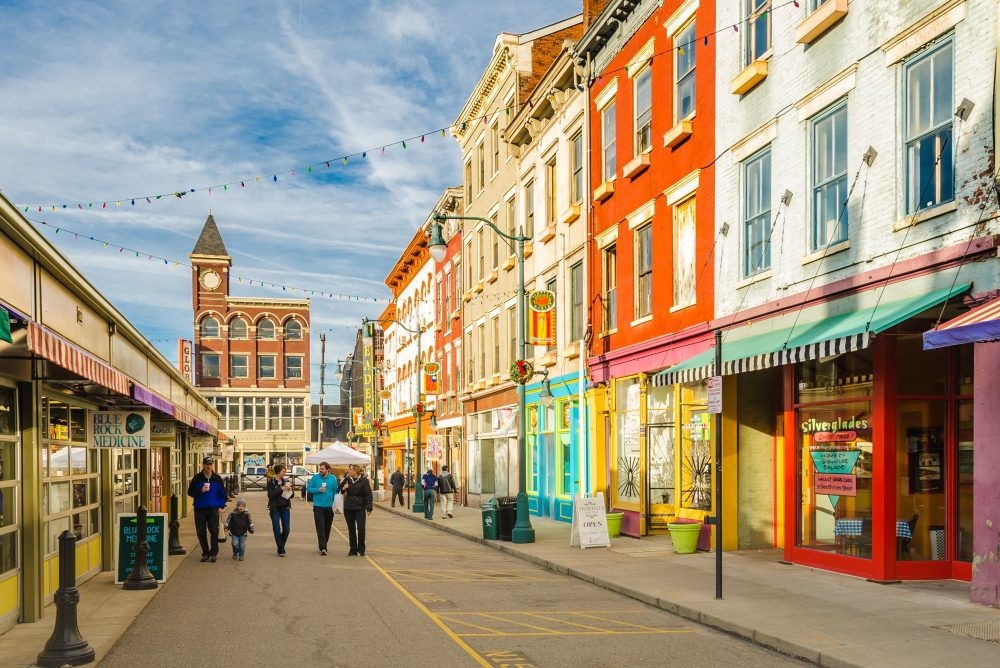 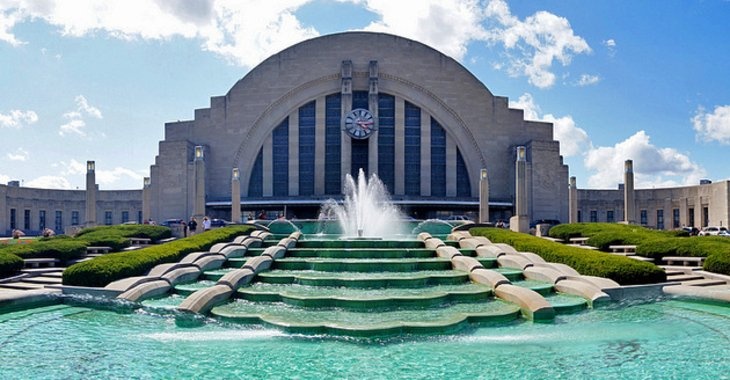 Find a Home in Cincinnati

See All Neighborhoods
Courtesy of the MLS of Greater Cincinnati. Information deemed reliable but not guaranteed. Information is provided exclusively for consumers' personal, non-commercial use and may not be used for any purpose other than to identify prospective properties the consumer may be interested in purchasing. This data is up-to-date as of Feb 3, 2023 6:12:am. The data relating to real estate for sale on this web site comes in part from the Broker Reciprocity program of the Multiple Listing Service of Greater Cincinnati. Real estate listings held by brokerage firms other than the owner of this page are marked with the Broker Reciprocity logo and detailed information about them includes the name of the listing brokers Copyright © 2023, MLS of Greater Cincinnati, Inc. All rights reserved.
All information deemed reliable but not guaranteed and should be independently verified. All properties are subject to prior sale, change or withdrawal. Neither listing broker(s) nor this office shall be responsible for any typographical errors, misinformation, misprints and shall be held totally harmless. © 2023 Centralized Real Estate Information Services, Inc. All rights reserved. Information last updated Feb 3, 2023 6:18:am